Can You Grill Frozen Chicken?

My sister called me up this morning saying she will be in town for a few hours, and if she could come over to catch up over lunch!

Well, I’m definitely excited to see my sister after a year or so, but I’m in a dilemma—I’ve not thawed out the chicken for grilling for this short notice.

So, the big question is can you grill frozen chicken? 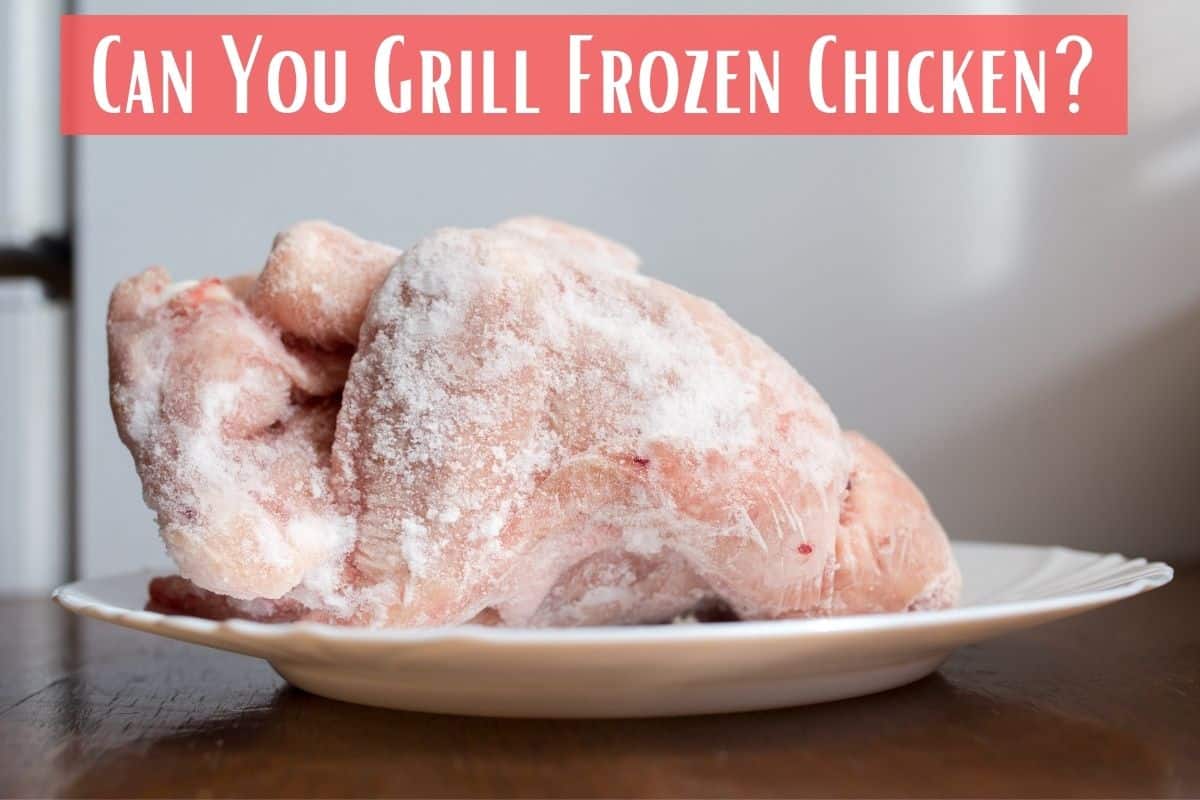 The answer is Yes, you can grill frozen chicken, but there are a few downsides to this approach including longer cook times.

How to Grill Frozen Chicken Breast without Thawing?

Even though there are several ways to grill frozen chicken, my best advice is to do so only if this is your last resort.

Rather than tossing the chicken directly over high heat, set the frozen chicken over indirect heat first.

This will allow the frozen chicken to thaw a bit, and prevent it from being charred on the outside and raw on the inside.

Close the Lid of the Grill

2. Move it Over to Direct Heat

When the chicken is thawed completely over indirect heat, you can move it over direct heat to finish cooking.

Grilling frozen chicken will also make it stick to the grill’s grates, so make sure you oil the grates before cooking.

How Long Should You Grill Frozen Chicken Breasts?

When grilling chicken directly from the freezer, you want to cook the meat for longer than you would with unfrozen meat.

The average chicken breast weighs an average five to seven ounces, which usually takes 20-30 minutes at 350°F when thawed completely.

For a frozen chicken breast of the same size, you’re going to have to almost double those numbers to 30-45 minutes.

With regards to temperature, place the chicken breasts first over indirect heat, move them to a medium heat (375-400 degrees) zone once thawed, and lastly over direct heat to finish.

Which Chicken Part is Easiest to Grill While Frozen?

Grilling aficionados highly recommend grilling frozen thighs, and I agree, given that they are the moistest.

However, legs, breasts, and wings are also easy to cook when frozen when the bones and skin are left intact, as they help to insulate the meat from overcooking.

Is it Bad to Grill Frozen Chicken?

It’s not “bad” per se to grill frozen chicken, but it’s not recommended either. Grilling frozen chicken can be harmful, because in most cases it will be undercooked as it will char quicker on the outside and will be raw on the inside.

Under cooked chicken has the potential to carry Salmonella and Campylobacter bacteria, both of which can lead to a serious case of food poisoning.

Another big reason you don’t want to grill frozen chicken is because it won’t cook consistently, so it will likely be cooked in the center, and dry on the outside.

And regardless of the marinade you apply, grilling frozen chicken may not offer the same great taste as thawed grilled chicken, mostly due to inconsistent grilling.

How to Thaw Grilled Chicken Quickly?

One of the quickest ways to thaw frozen chicken is by putting the piece of chicken in a Ziploc bag, sealing it tight, and either running hot water over it or submerging it in a hot water bowl. 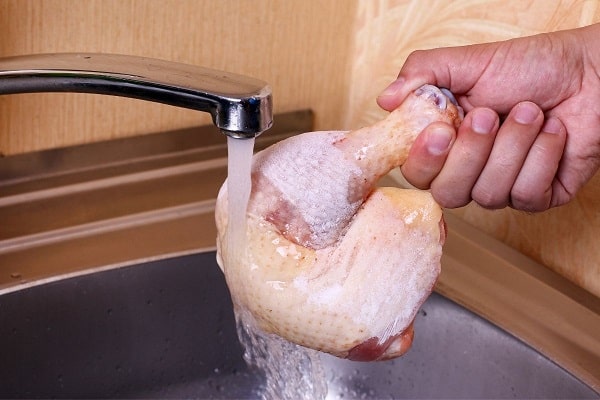 If you’re going to submerge the frozen chicken in a hot water bowl, stir the water once in a while to prevent cold pockets from forming. Defrosting chicken with this method takes roughly 30 minutes depending on the size of the chicken.

You can also defrost chicken quickly in the microwave, and most microwaves do come with a pre-programmed defrost function.

Frozen grilled chicken breasts are healthy, as long as you cook them properly, that it reaches the right internal temperature for cooked chicken.

The perfect internal temperature for grilled chicken is 165 degrees F. Since you’re not thawing the chicken out before grilling, you should use a meat thermometer to make sure the chicken has reached this temperature. 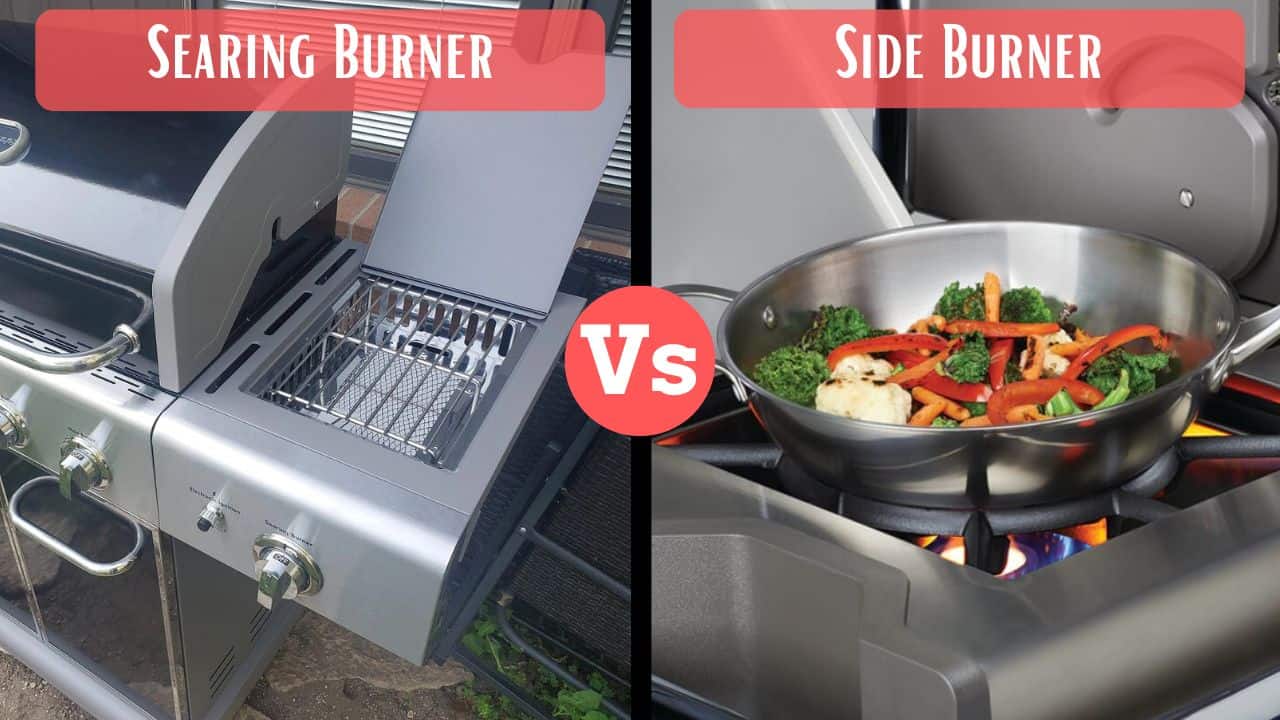