How to Sharpen Meat Grinder Blades? (In 5 Simple Methods)

If you’d like to make store or butcher grade ground meat in the comfort of your home at a cost efficient price, you need a meat grinder. But in order to get the taste and texture you desire, it is important that your meat grinder blades are sharp as a knife. 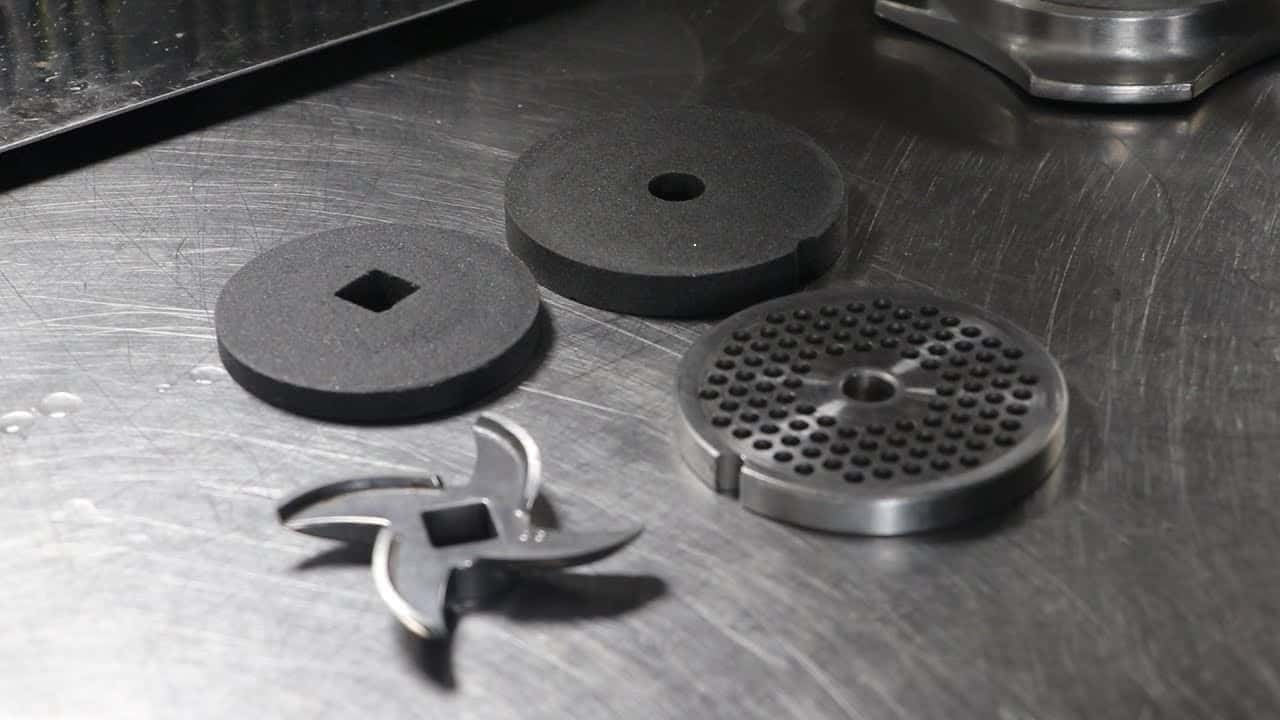 How Do You Know When A Meat Grinder Blade Needs Sharpening?

There are several red flags that will help you determine when your meat grinder blades need sharpening, most notably poor grinding results.

Meat grinder blades ideally produce finer texture, but tend to precision and sharpness as they get dull.

As such, the ground meat tends to have a course texture rather than fine if selected prior to grinding.

Another way you can tell that your meat grinder blades could use some sharpening is when the ground meat is results in clumps.

When the blades are dull, they not only take on their sharpness, but often lead to inconsistency in the ground meat.

You can check if your meat grinder blades are dull, run your fingers through the edge of the blades, albeit carefully get a feel whether they are sharp or not.

5 Simple Ways in which You Can sharpen Meat Grinder Blades?

There are several ways to sharpen meat grinder blades, some easier than others! That said, here are five easy and effective ways to get the job done. 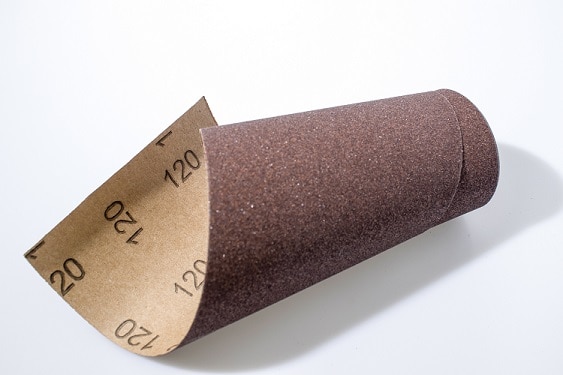 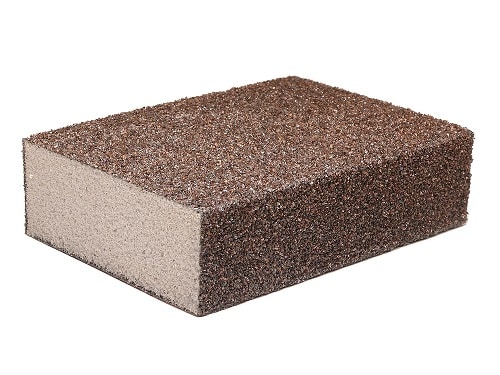 A grinding block will help you achieve the desired meat grinder blade sharpness, but just like sandpaper does require a fair bit of effort, as you have to wet the blades and the block, and move the blades in circular motion over it.

3. Using a Knife and Tool Sharpener:

To sharpen meat grinder blades with little or no effort, a knife and tool sharpener is a great option. 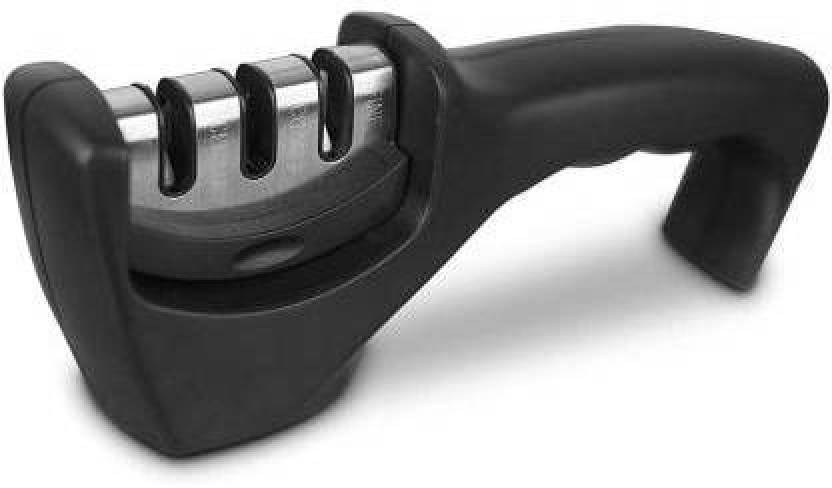 With a knife and tool sharpener, you can expect consistent results, and you can even choose between the many grit sizes for optimum sharpening performance. 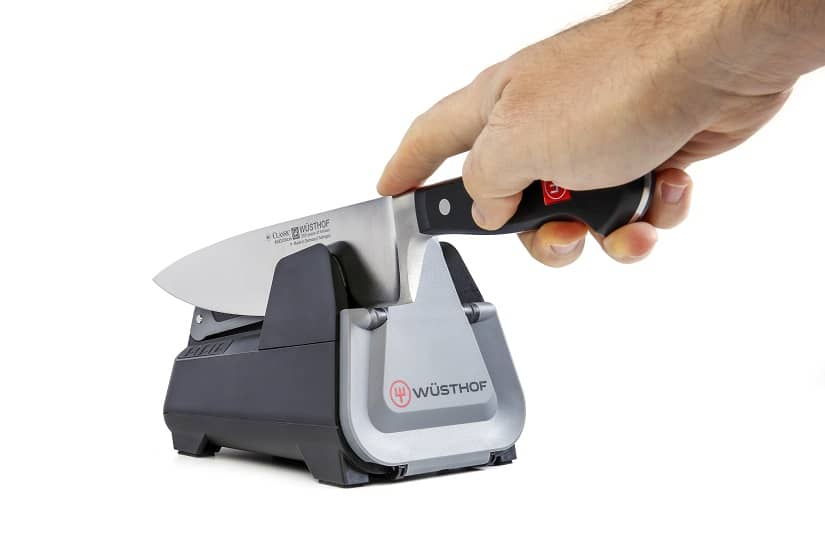 What do You Need for Sharpening Meat Grinder Blades?

Regardless of the tool you use, you will need a few things for effective and safe sharpening of grinder blades.

The screwdriver is an essential part of the sharpening process, as it makes it easier to dismantle the meat grinder. 120-grit sandpaper is a preferred choice for sharpening grinder blades, as they’re designed for rough sanding projects.

When maintaining any appliances, safety should be top priority, hence it is important you wear a pair of safety gloves during the process.

Sharpening grinder blades can be a messy task, so you will need some water and soft cloth to clean the area, and the interior of the grinder after you sharpen the blades.

How to Dismantle the Meat Grinder?

Given that meat grinder models vary across manufacturers, it is recommended that you refer to your owner’s manual for instructions on how to dismantle the grinder.

But in most cases, the dismantling process is the same, where you start by:

A Step-wise Process on How to Sharpen Meat Grinder Blades

Can You Sharpen a Commercial Meat Grinder this Way?

Speaking of which, you should use a coarse grit sandpaper such as 60 to 90-grit sandpaper. Commercial meat grinder blades do not wear out easily (depending on use), so you will probably not have to sharpen the blade often.

Commercial grade meat grinder blades should never be sharpened at home, as it may be risky, and may cause damage to the blades. You can instead contact your manufacturer or seek professional help.

How to Care for Meat Grinder Blades to Maintain Sharpness?

There are several things you can do to maintain the sharpness of your grinder blades, starting with keeping them sharp at all times.

Further, it is a great idea to wash the blades each time you use your grinder with a mild soap and water, starting from the metal blade to its center.

With regards to soap, you should refrain from using harsh detergents or abrasive cleaners when cleaning the blade, as this may cause dullness, and long term damage.

When sharpening meat grinder blades, pay attention to any rust, which you should remove upon notice to avoid accumulation.

When shopping for the best meat grinder, you will often hear the words blades and plates crop up often. While these two words are often used interchangeably, they aren’t the same, but are rather two very different components of a meta grinder. 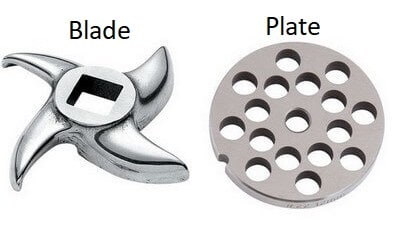 You already know that a meat grinder blade is responsible to grind the meat. A meat grinder plate is a stainless steel plate that has small, slotted holes for processing meat to make hamburgers, bologna, and most types of sausages.

Meat grinder plates are available in an array of different types and sizes, where plates with small size holes are an ideal choice for preparing hamburgers, franks, etc.

Meat grinder plates with big size holes are referred to as coarse or medium size grinding plates, and are designed to make food items such as bratwurst sausages.

Most of the top model meat grinders come with a few different size plates in the box, and give you the option of buying more separately.

Do You Need to Sharpen Meat Grinder Plate Along with the Blades?

Just like meat grinder blades, the plates of a meat grinder could get worn down after a period of use. Sharpening meat grinder plates ever so often or when you notice dullness is a great way to prevent smearing or jamming.

Since most meat grinder plates are made from stainless steel, you can use a mild 120-grit sandpaper to sharpen them. Using a coarse grit sandpaper can cause damage to the plates, as it may shave off too much of the metal, and cause them to get out of shape.

If your meat grinder plates are damaged, good news is that you can buy replacement plates and blades at a nominal cost. You will have to refer to your owner’s manual to determine the right fit, but most meat grinder blades and plates are a universal fit.